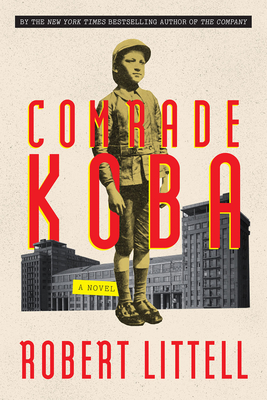 Praise For Comrade Koba: A Novel…

“In this short but compelling novel, Littell uses the interplay between a disarmingly discerning if naive boy and a tortured, self-justifying dictator to expose a tragic slice of muddled humanity behind the gray monolith of Stalinist Russia.”
— Booklist

Robert Littell was born, raised, and educated in New York. A former Newsweek editor specializing in Soviet Affairs, he left journalism in 1970 to write fiction full time. He has been writing about the Soviet Union and Russians since his first novel, the espionage classic The Defection of A.J. Lewinter. He is the author of 18 novels, including the critically acclaimed The Debriefing, The Sisters, The Once and Future Spy, the New York Times bestselling The Company, and Legends.
Loading...
or support indie stores by buying on