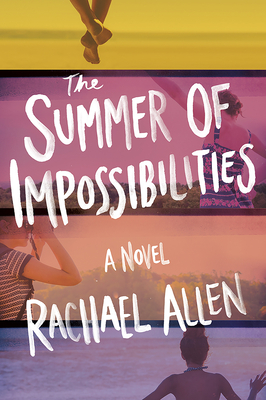 Four mismatched girls spend an unforgettable summer together in this funny, heartfelt YA novel for fans of The Sisterhood of the Traveling Pants—now in paperback
Four girls are forced to spend the summer together when their moms reunite at their childhood lake house. Always-sunny Skyler is a softball star who’s hiding how bad her joint pain has gotten. Always-stormy Scarlett, Skyler’s twin, would much rather be hanging out with her boyfriend back home. Amelia Grace just wants to escape her conservative stepdad after he caught her kissing a girl. And homeschooled social-media star Ellie is just excited at the chance to make some friends IRL. The girls are facing a long few months together, until they find the remnants of a secret society whose rules included playing poker, wearing pearls, telling the truth . . . and accomplishing something impossible by the end of the summer. What happens next involves midnight boat rides, flaming marshmallows, sandbar parties, crushes and heartache, and a summer they’ll never forget.


Praise For The Summer of Impossibilities…

"To Allen’s credit, the story covers potentially toxic elements with grace, humor, and maturity, never getting bogged down or growing maudlin. Instead, it stays firmly rooted in the gentle affection among the characters and their sturdy humanity, which never falters."
— School Library Journal

Rachael Allen is the winner of the 2019 Georgia YA Author of the Year Award, whose books include 17 First Kisses, The Revenge Playbook, and A Taxonomy of Love, which was a Junior Library Guild selection, a 2018 Book All Young Georgians Should Read. She lives in Atlanta with her husband, two children, and two sled dogs. Visit Rachael at rachaelallenwrites.blogspot.com.
Loading...
or
Not Currently Available for Direct Purchase