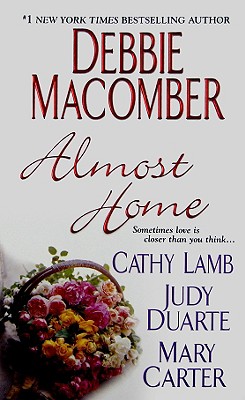 Old flames reignite and new passions burn when lovers follow their hearts back to the place they once called home. . .
"Whale Island" by Cathy Lamb
Family secrets and imposing friends are making Chalese feel like an outsider in her very own home on beautiful Whale Island. But it's only when a shocking revelation makes her feel truly lost that she opens her heart to the possibilities the past offers--including a chance at love with the last man she expected. . .
"Queen Of Hearts" by Judy Duarte
Her high school reunion is coming up, and advice columnist Jenn Kramer couldn't be dreading it more--until she lays eyes on Marcos. Jenn hardly noticed him when they were kids, but now he's all grown up. . . and how deliciously he's changed. . .
"The Honeymoon House" by Mary Carter
It doesn't get more romantic than Andy Beck's cottage on Martha's Vineyard. But love is the last thing on his mind--he just wants to get the cottage ready for his best friend's honeymoon. At least that's the plan, until he finds the gorgeous Maid of Honor ransacking his house--in the most irresistible way. . .
"The Marrying Kind" by
#1 "New York Times" bestselling author Debbie Macomber
High school sweethearts Katie and Jason haven't seen each other in ten years--and now she's walked back into his life. With one look, the love they shared comes flooding back--only now the odds seem stacked against them. But when something's meant to be, all bets are off. . .