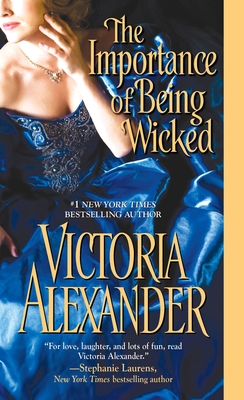 The Importance of Being Wicked (Millworth Manor)

For Winfield Elliott, Viscount Stillwell, finding a prospective bride always seemed easy. Perhaps too easy. With three broken engagements to his name, Win is the subject of endless gossip. Yet his current mission is quite noble: to hire a company to repair his family's fire-damaged country house. Nothing disreputable in that--until the firm's representative turns out to be a very desirable widow.

Lady Miranda Garrett expected a man of Win's reputation to be flirtatious, even charming. But the awkward truth is that she finds him thoroughly irresistible. While Miranda resides at Millworth to oversee the work, Win occupies her days, her dreams. . .and soon, her bed. For the first time, the wicked Win has fallen in love. And what began as a scandalous proposition may yet become a very different proposal. . .