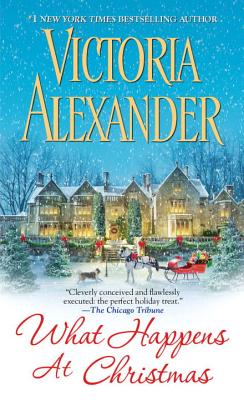 What Happens At Christmas (Millworth Manor #1)

You are cordially invited to Christmas at Millworth Manor. . .

Camille, Lady Lydingham, requests the pleasure of your company at a festive house party, as she endeavors to coax a marriage proposal from Prince Nikolai Pruzinsky of Greater Avalonia.

The hostess's relatives will be in attendance--in this case, a troupe of actors hired to impersonate a proper English family in order to fool the Prince.

Games will be played.

Motives will be revealed.

And hearts will be won--and lost--in the most romantic, magical season of all.