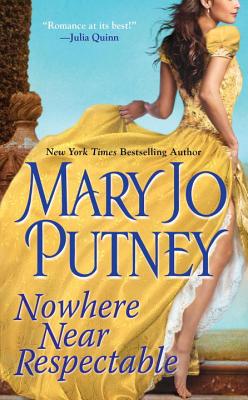 He's a bastard and a gambler and society's favorite reprobate. But to Lady Kiri Lawford he's a hero--braver than the smugglers he rescues her from, more honorable than any lord she's ever met, and far more attractive than any man has a right to be. How can she not fall in love. . .?

But Damian Mackenzie has secrets that leave no room in his life for courting high-born young ladies--especially not the sister of one of his oldest friends. Yet when Kiri's quick thinking reveals a deadly threat to England's crown, Damian learns that she is nowhere near as prim and respectable as he first assumed. . .and the lady is far more alluring than any man can resist. . .

Praise for Loving a Lost Lord

"Romance at its best!" --Julia Quinn

Mary Jo Putney graduated from Syracuse University with degrees in eighteenth-century literature and industrial design. A New York Times bestselling author, she has won numerous awards for her writing, including two Romance Writers of America RITA Awards, four consecutive Golden Leaf awards for Best Historical Romance, and the Romantic Times Career Achievement Award for Historical Romance. She was the keynote speaker at the 2000 National Romance Writers of America Conference. Ms. Putney lives in Baltimore, Maryland. Visit her Web site at www.maryjoputney.com.
Loading...
or
Not Currently Available for Direct Purchase