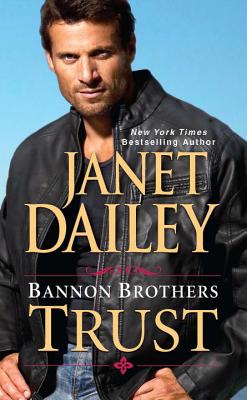 Cold cases aren't RJ Bannon's usual line of work. But Ann Montgomery's long-ago abduction is too intriguing to pass up. Ann was just three when she was taken in the night from her family's historic Virginia mansion more than twenty-five years ago. The socially prominent Montgomerys launched a heartbreaking search but no trace of the missing girl was ever found.

Bannon knows the chances of finding her now--alive or dead--are slim, yet he can't stop searching for answers. Especially once he meets Erin Randall. A beautiful, talented local artist, she seems to share some tantalizing connections with the vanished Ann. As the legacy of lies and deception comes to a shocking climax, a hidden menace explodes, and Bannon vows to protect Erin at all costs. . .even if it puts his own life on the line. . .

Praise For Janet Dailey and her novels

"Dailey confirms her place as a top mega-seller." --Kirkus Reviews

JANET DAILEY’s first book was published in 1976. Since then she has written more than 100 novels and become one of the top-selling female authors in the world, with 325 million copies of her books sold in nineteen languages in ninety-eight countries. She is known for her strong, decisive characters, her extraordinary ability to recreate a time and a place, and her unerring courage to confront important, controversial issues in her stories. To learn more about Janet Dailey and her novels, please visit www.JanetDailey.com or find her on Facebook at Facebook.com/JanetDaileyAuthor.
Loading...
or support indie stores by buying on
(This book is on backorder)