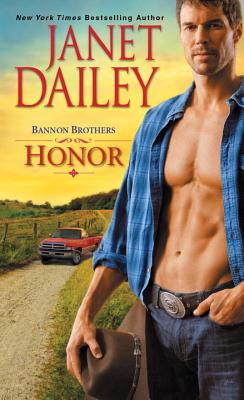 Never Let You Down

Rugged. Tall. Built to last. Linc Bannon has it all--and he's there every time Kenzie needs him. Their mission is to serve their country stateside, Linc in high-level intelligence, Kenzie training combat dogs. Independent and sexy, Kenzie is definitely one of a kind--and the only one he wants. But if you ask her, she doesn't need a hero in her life.

Until two of her friends, thousands of miles apart, are suddenly struck down. One, a soldier, is dead; the other, a civilian, is barely alive. Linc goes into action and uncovers a lethal web connecting the tragic events. A killer is at large, unhinged and with unfinished business. Now Kenzie has no choice but to join forces with the one man who can get past her defenses. . .

JANET DAILEY’s first book was published in 1976. Since then she has written more than 100 novels and become one of the top-selling female authors in the world, with 325 million copies of her books sold in nineteen languages in ninety-eight countries. She is known for her strong, decisive characters, her extraordinary ability to recreate a time and a place, and her unerring courage to confront important, controversial issues in her stories. To learn more about Janet Dailey and her novels, please visit www.JanetDailey.com or find her on Facebook at Facebook.com/JanetDaileyAuthor.
Loading...
or support indie stores by buying on
(This book is on backorder)