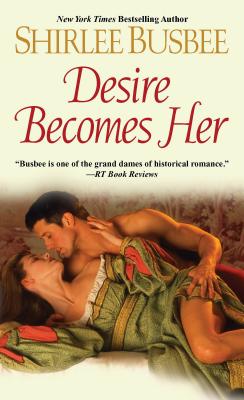 "Busbee is one of the grand dames of historical romance." --RT Book Reviews

Gillian Dashwood's wastrel husband wagered away her fortune. His scandalous murder ruined her reputation. Still, she'll do whatever it takes to protect her beloved elderly uncle from Lucian Joslyn, the cool-headed gambler whose arrival is as mysterious as his newfound fortune. Once Luc makes it clear he is certain Gillian is herself anything but innocent, she's determined to reveal the truth about him. But the simmering desire that draws them ever closer threatens those with vengeful secrets to keep. Now, trusting each other is a hazard Gillian and Luc never imagined--and a chance at enduring love is the one peril they can't resist. . .

"An engaging late eighteenth century tale due to a strong support cast. . .The storyline is action-packed as the two subplots come together nicely." --Midwest Book Reviews

"One of the best romantic writers of our time." --Affaire de Coeur

"Busbee is a pleasure to read." --Booklist

Shirlee Busbee has written seven New York Times bestselling novels and has over nine million copies of her books in print. She is the recipient of numerous awards for excellence in writing, including the Romantic Times Reviewers’ Choice Award and Affaire de Coeur’s Silver and Bronze Pen Awards. She lives in California with her husband Howard, and is working on her next historical romance for Zebra.
or
Not Currently Available for Direct Purchase
Copyright © 2020 American Booksellers Association