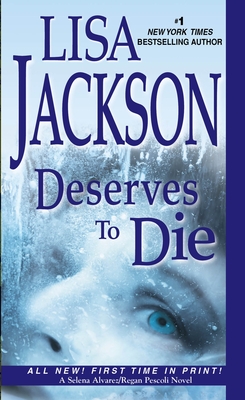 As he watches, her body drifts below the water's surface, forever altered. Before he disposes of each victim, he takes a trophy. It's a sign of his power, and a warning--to the one destined to suffer most of all. . .

In Grizzly Falls, Montana, Detectives Selena Alvarez and Regan Pescoli are struggling with a new commander and a department in the midst of upheaval. It's the worst possible time for a homicide. A body has been found, missing a finger. Alvarez hopes this means a murderer with a personal grudge, not a madman. But then a second body turns up. . .

As the clues begin pointing toward a suspect, Pescoli's unease grows. Even with Alvarez barely holding it together and her own personal life in chaos, she senses there's more to this case than others believe. A killer has made his way to Grizzly Falls, ready to fulfill a vengeance years in the making. And Pescoli must find the target of his wrath--or die trying. . .