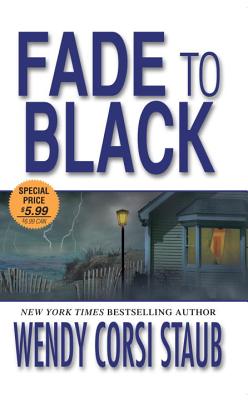 No one in the sleepy village of Windmere Cove, Rhode Island knows Elizabeth Baxter. She doesn't socialize, has no friends, and when she's outside, she constantly looks over her shoulder. That's because Elizabeth's living in fear. Keeping her past a secret.

Because sometimes secrets can kill...

It begins with the arrival of a pink envelope: the postmark reads Windmere Cove, and there's no return address. Elizabeth's world crashes when she reads the message inside: I know who you are. Five years ago, she was Mallory Eden…until a mysterious stalker turned her life into a nightmare and left her with no other choice but to make everyone think she was dead and begin a new life.

As the days progress, the tension escalates as an old pattern repeats itself: when the phone rings, no one's on the other end; her house is broken into and ransacked. Frightened, Elizabeth finds solace in the arms of Harper Smith, the only person she has befriended in town. As their relationship deepens, Elizabeth wants to tell Harper the truth—until she learns of his unspoken past—a past that connects to Mallory Eden's...

Wendy Corsi Staub is the author of more than ten novels of suspense, including the New York Times bestsellers Dying Breath, Don't Scream, Most Likely to Die, The Final Victim, and She Loves Me Not. Readers can visit her website at wendycorsistaub.com.
Loading...
or
Not Currently Available for Direct Purchase