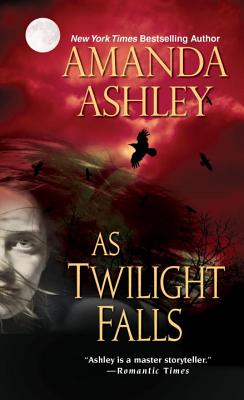 Photographing ghost towns across the American West, Kadie Andrews takes a wrong turn and ends up in Morgan Creek--a spot that isn't on the map. It's a quaint little place, but there's something off about its complacent residents. And when twilight falls, it takes on a truly sinister air. . .

Unable to run, or to find any way out, Kadie finds herself a prisoner, hunted for her blood. Still more disturbing, her spirit and beauty have captured the attention of master vampire Rylan Saintcrow. When he looks into her eyes, she can see his hunger. When he takes her in his arms, she can feel his power. When he presses his lips against hers, she can taste his need. Saintcrow may be the most compelling creature she's ever imagined, but Kadie knows in her heart that he is also a man. A man who needs a woman. To want him, desire him, crave him. To be his willing prisoner--for all eternity. . .

"A master of her craft." --Maggie Shayne

Amanda Ashley is one of those rare birds—a California native. She's lived in Southern California her whole life and, except for the earthquakes, she loves it. She shares a home with her husband, as well as an adorable Pomeranian named Lady, a wild house sparrow named Tweety, and a tortoise who remains nameless. Amanda and her alter ego, Madeline, have written 60 books. Not bad for someone who started writing just for the fun of it. Her books have made the New York Times and USA Today bestseller lists. You can learn more about Amanda and her books at AmandaAshley.com.
Loading...
or
Not Currently Available for Direct Purchase