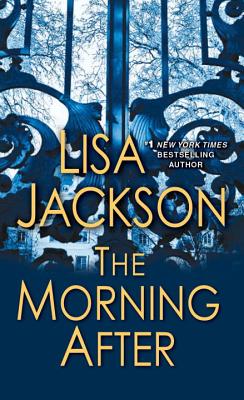 His Victims. . .
A woman is frantic as she awakens in a dark, closed space. From above her comes the muffled sound of cruel laughter, followed by the hard splatter of dirt. Pure terror takes over as she realizes she's being buried alive--and her last breath is a scream that no one but a sadistic killer will hear. . .
Will Take His Secrets. . .
To journalist Nikki Gillette, this disturbing story is a ticket out of small-town Savannah and on to the big time. She's already given the killer a nickname--The Grave Robber--and she's spending every minute dogging tough cop Pierce Reed's investigation, trailing him through Savannah's deep thickets and crumbling cemeteries. . .even though she's starting to wonder about the secrets he's keeping. . .
To The Grave
Another body is found. And another. Each gruesome discovery unnerves Nikki a little more. . .there's something familiar about it, something she should know. Now, as a serial killer pulls her ever deeper into his sick game, she has no idea how close she's getting to the truth--or how deadly it will be. . .
Includes an excerpt of Lisa Jackson's newest novel, Tell Me

LISA JACKSON is the #1 New York Times bestselling author of over ninety-five novels, including You Will Pay, After She's Gone, Deserves to Die, You Don't Want to Know, Running Scared, and Shiver. She is also the co-author of the Colony Series, written with her sister and bestselling author Nancy Bush, as well as the collaborative novels Sinister and Ominous, written with Nancy Bush and Rosalind Noonan. There are over thirty million copies of her novels in print and her writing has been translated into nineteen languages. She lives with her family and three rambunctious dogs in the Pacific Northwest. Readers can visit her website at www.lisajackson.com and find her on Facebook.
Loading...
or
Not Currently Available for Direct Purchase