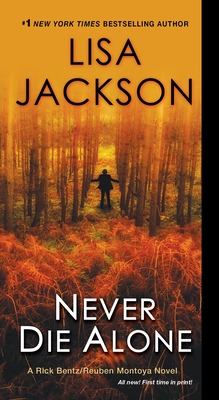 It should be the best day of their lives. Too bad they never get to see it. On the cusp of their twenty-first birthday, he strikes. His victims are always twins, their ritualistic murders planned in exquisite detail, down to the moment when they breathe their last together…

A possibly innocent man is in prison, and Brianna Hayward needs to convince the New Orleans police. Not just to free her cousin, but to save others who will suffer until the true culprit is found. Reporter Jase Bridges is intrigued. It’s a story that could make his career—as long as Brianna never guesses the secret in Jase’s past…

…Or You’ll Never See Him Coming

Detective Rick Bentz had doubts about the “21” conviction when he worked the case in L.A. Now the real murderer may be loose in Bentz’s backyard. Twin sisters from All Saints College have vanished on the eve of their twenty-first birthday. And as Bentz and his partner, Reuben Montoya, desperately follow the trail, a killer prepares to unite his next victims in death forever…