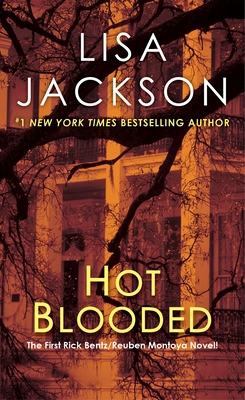 A prostitute lies strangled in a seedy French Quarter hotel room. Miles away, in a rambling plantation house on the sultry shores of Lake Ponchartrain, popular late-night radio host Dr. Samantha Leeds receives a threatening crank call. All in a day's work for a celebrity. Who would think to link the two?

A second hooker's corpse turns up. Samantha's ominous caller persists, along with a mysterious claiming to be a woman from her past--a woman who's been dead for years. With Detective Rick Bentz convinced that the serial killer prowling the shadowy streets of New Orleans is somebody close to Samantha, she doesn't dare trust anyone. Especially not Ty Wheeler, her seductive new neighbor who seems to know more about her than a stranger should.

Somebody has discovered Samantha's darkest secret. Somebody is convinced that lives must be sacrificed to pay for her sins. So far, the victims have been strangers. But as a cunning, cold-blooded killer grows bolder, Samantha wonders in dread if she will be the next to die. . .