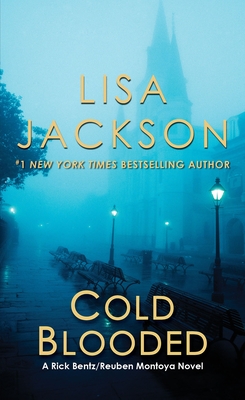 His Vengeance Will Be Repeated.  .  .

A woman's slashed, incinerated corpse is found in a seedy New Orleans apartment. Her killer is certain there were no witnesses, unaware that his every move was seen by a beautiful stranger--from her bed in a bayou cottage on the outskirts of town.  .  .

As New Orleans panics in the icy grip of a merciless killer, Olivia is frustrated by Bentz's skepticism--and captivated by her attraction to him. But soon her dreams are invaded by images of another murder. One that has yet to be committed. This time, Olivia recognizes not only the victim's face--but the murderer's. And both are closer than she ever imagined.  .  .

LISA JACKSON is the #1 New York Times bestselling author of over ninety-five novels, including You Will Pay, After She’s Gone, Deserves to Die, You Don’t Want to Know, Running Scared, and Shiver. She is also the co-author of the Colony Series, written with her sister and bestselling author Nancy Bush, as well as the collaborative novels Sinister and Ominous, written with Nancy Bush and Rosalind Noonan. There are over thirty million copies of her novels in print and her writing has been translated into nineteen languages. She lives with her family and three rambunctious dogs in the Pacific Northwest. Readers can visit her website at www.lisajackson.com and find her on Facebook.
Loading...
or support indie stores by buying on
(This book is on backorder)