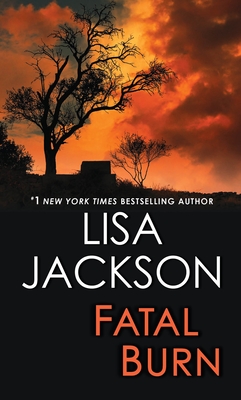 "A TIGHT, TWISTY PLOT CATAPULTING TOWARD A FIERY CONCLUSION WILL PLEASE FANS AND SHOULD EARN JACKSON NEW ONES." –Publishers Weekly

He's been waiting for this moment. With every kill, he can feel her getting closer. Very soon--just a few more victims to go. All he needed was the girl, Dani, and now that he has her, his plan is in motion, and no one can stop it. . .

"A BOOK THAT'S HARD TO PUT DOWN." –Times Record News

The police don't believe Shannon Flannery when she says someone is out there, watching her, trying to kill her. The only person on her side is Travis Settler. The former Special Forces agent is convinced Shannon's dark past has something to do with the disappearance of his daughter, Dani--a child whose connection to Shannon is just the beginning of a nightmare. . .

Secrets have been kept from Shannon. Dark, dangerous, and very fatal secrets. Now, with no one to trust but a man who has every reason to doubt her, Shannon's determined to discover the shocking truth, even if it brings her face to face with a serial killer whose slow burn for vengeance will not be denied. . .