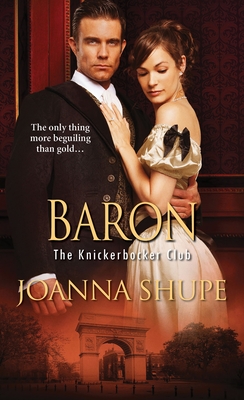 New York City’s Gilded Age shines as bright as the power-wielding men of the Knickerbocker Club. And one pragmatic industrialist is about to learn that a man may make his own destiny, but love is a matter of fortune . . .

Born into one of New York’s most respected families, William Sloane is a railroad baron who has all the right friends in all the right places. But no matter how much success he achieves, he always wants more. Having secured his place atop the city’s highest echelons of society, he’s now setting his sights on a political run. Nothing can distract him from his next pursuit—except, perhaps, the enchanting con artist he never saw coming . . .

Ava Jones has eked out a living the only way she knows how. As “Madame Zolikoff,” she hoodwinks gullible audiences into believing she can communicate with the spirit world. But her carefully crafted persona is nearly destroyed when Will Sloane walks into her life—and lays bare her latest scheme. The charlatan is certain she can seduce the handsome millionaire into keeping her secret and using her skills for his campaign—unless he’s the one who’s already put a spell on her . . .

“A beautiful romance . . . Sexy and clever.” —The Washington Post

Award‑winning author JOANNA SHUPE has always loved history, ever since she saw her first Schoolhouse Rock cartoon. While in college, Joanna read every romance she could get her hands on and soon started crafting her own racy historical novels. She now lives in New Jersey with her two spirited daughters and dashing husband. Please visit Joanna  at www.joannashupe.com or on Twitter @joannashupe.
Loading...
or
Not Currently Available for Direct Purchase