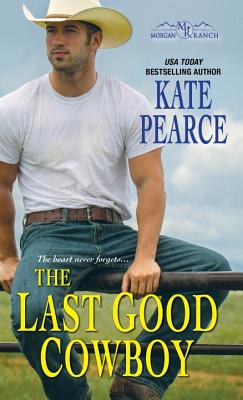 The Morgan ranch has seen its share of bad times. But as the four Morgan brothers are drawn back to their childhood home, the nightmares of their past give way to the promise of a new beginning…

Ry Morgan has always had a thing for Avery Hayes—one more hope his twin wrecked for him, pretending to be Ry to kiss her at the high school prom. Eight years later, Ry has had enough: he’s quitting the pro rodeo circuit, moving home to California to mend fences, and letting his brother clean up his own messes for a change. Reclaiming Avery’s stolen kiss is at the top of his agenda…

But Avery has changed. Her rodeo career ended with a fall that left her lucky to be alive, let alone walking. She hasn’t been on a horse since, and between surgeries and fighting off everybody’s pity she hasn’t done much else either. Ry is strong, confident, and sexy as hell—exactly what she thought she wanted at seventeen. Now, she’ll have to protect the safe space she’s made for herself—or risk it all for a dream she thought would never come again…

“If you love cowboys—and who doesn’t—you’ll love the Morgans!” --Cora Seton, New York Times bestselling author on The Reluctant Cowboy