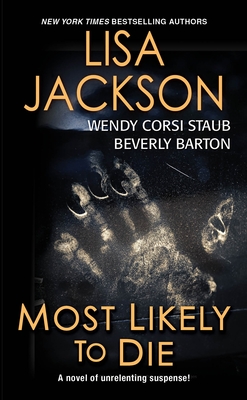 Most Likely To Die

A Killer Who Gets Away With Murder Once…

It's been twenty years since the night Jake Marcott was brutally murdered at St. Elizabeth High School. It's a night that shattered the lives of Lindsay Farrell, Kirsten Daniels, and Rachel Alsace. It's a night they'll never forget. A killer will make sure of that…

Finds It Easier To Kill Again…

A 20-year reunion has been scheduled for St. Elizabeth's. For some alumni, very special invitations have been sent: their smiling senior pictures slashed by an angry red line…

Three women have been marked for death. Tonight, as the music plays, and the doors of St. Elizabeth are sealed, a killer will finish what was started long ago, and the sins of the past will be paid for in blood…

Wendy Corsi Staub is the author of over ten novels of suspense, including the New York Times bestsellers Dying Breath, Don't Scream, Most Likely To Die, The Final Victim, and She Loves Me Not. Readers can visit her website at www.wendycorsistaub.com.

Beverly Barton was an award-winning, New York Times bestselling author of more than fifty novels, including Silent Killer, Cold Hearted, The Murder Game and Close Enough To Kill.
Loading...
or support indie stores by buying on
(This book is on backorder)