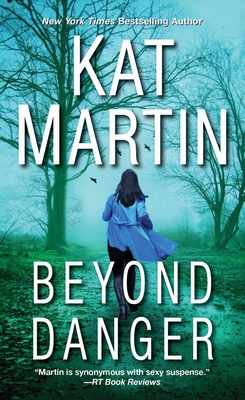 Beyond Danger (The Texas Trilogy #2)

Texas mogul Beau Reese is furious. All six feet three obscenely wealthy, good-looking inches of him. His sixty-year-old father, Stewart, a former state senator no less, has impregnated a teenager. Barely able to contain his anger, Beau is in for another surprise. It appears that Stewart has moved an entirely different woman into the house . . .

Beau assumes that stunning Cassidy Jones is his father’s mistress. At least she’s of age. But those concerns take a sudden backseat when he finds Stewart in a pool of blood on the floor of his study—and Cassidy walks in to find Beau with his hand on the murder weapon.

The shocks just keep coming. Someone was following Stewart, and Cassidy is the detective hired to find out who and why. Now she’ll have to find his killer instead. Her gut tells her it wasn’t Beau. And Beau’s instincts tell him it wasn’t Cassidy. Determined to track down the truth, they form an uneasy alliance—one that will bring them closer to each other—closer to danger and beyond . . .

Praise For Beyond Danger (The Texas Trilogy #2)…

“Filled with suspense, action and sizzling scenes, the pages of this book practically turn themselves.”  —Bookpage on Beyond Danger


“Martin takes readers on a well-plotted roller-coaster ride with her sexy suspenseful second Texas Trilogy romantic thriller…Martin excels at creating multidimensional, appealing rogues and the strong sexy women who fall for them, and this novel is no exception…This nail-biter of a romantic thriller will delight.” —Publishers Weekly