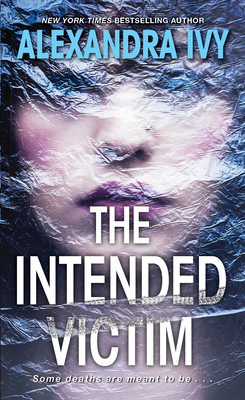 ONCE, SHE GOT AWAY
The body lying on a cold steel slab bears all the hallmarks of the Chicago Butcher. There’s a cruel slash across her throat, deep enough to sever the carotid artery, and a small crescent carved into her right breast. Her delicate features are painfully familiar to Ash Marcel, once a rising star in the Chicago PD. But though the victim resembles his former fiancée, Remi Walsh, he knows it’s not her.

BUT THIS TIME
Though Remi escaped a serial killer five years ago, her father died trying to save her. Grief and guilt caused her to pull away from the man she loved. Now Ash is back in her life, insisting that Remi is still in danger.

IT’S A DEAD END . . .
Someone is targeting women who look just like Remi. With or without a badge, Ash intends to unmask the Butcher. But the killer isn’t playing games any longer. He’s moving in, ready to finish what he started, and prove there’s nothing more terrifying than a killer’s obsession . . .

“A satisfying mystery . . . Ivy's clever foreshadowing keeps the tension high throughout this
fast-moving tale, and the romance sizzles.”
—Publishers Weekly