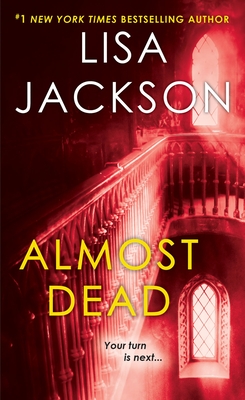 A WOMAN WHO WANTS TO GET EVEN . . .
The first victim is pushed to her death. The second suffers a fatal overdose. The third takes a bullet to the heart. Three down, more to go. They’re people who deserve to die. People who are in the way. And when she’s finished, there will be no one left…

WILL DO WHATEVER IT TAKES FOR REVENGE . . .
Cissy Cahill’s world is unraveling fast. One by one, members of her family are dying. Cissy’s certain she’s being watched. Or is she losing her mind? Lately she’s heard footsteps when there’s no one around, smelled a woman’s perfume, and noticed small, personal items missing from her house. Cissy’s right to be afraid--but not for the reason she thinks. The truth is much more terrifying…

INCLUDING MURDER . . .
Hidden in the shadows of the Cahill family’s twisted past is a shocking secret—a secret that will only be satisfied by blood. And Cissy must uncover the deadly truth before it’s too late, because fear is coming home…with a vengeance…

LISA JACKSON is the #1 New York Times bestselling author of more than seventy-five novels, including After She’s Gone, Close to Home, Tell Me, Deserves to Die, You Don’t Want to Know, Running Scared, and Shiver. She has over thirty million copies of her books in print in nineteen languages. She lives with her family and three rambunctious dogs in the Pacific Northwest. Readers can visit her website at www.lisajackson.com and find her on Facebook.
Loading...
or support indie stores by buying on