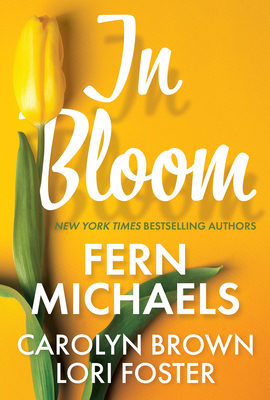 Just in time for Mother’s Day, this heartwarming collection of springtime stories from mega-bestselling authors Fern Michaels, Lori Foster, and Carolyn Brown is a celebration of mothers, daughters, and coming home…


Just as flowers blossom in springtime, so do second chances and new beginnings in these heartwarming stories of family, homecoming, and love...

AMAZING GRACIE * Fern Michaels
After years spent traveling the world as a flight attendant, Gracie Walden is ready to stay a little closer to her roots, starting with two weeks at home in Amarillo, Texas. But there’s unexpected turbulence between her mother, Ella, and her older sister, Hope—and it will lead to a revelation that changes Gracie’s life in amazing ways . . .

MEANT TO BE * Lori Foster
When Cory Creed was just a little girl, she knew she’d grow up to marry Austin Winston—and she made the mistake of telling him so. Tired of watching him avoid her ever since, Cory has  decided it’s time to leave Visitation, North Carolina, and Austin, behind. But Austin has finally realized what Cory was once so sure of, and now it’s his turn to prove they belong together...with a little help from their mothers.

THE MOTHER’S DAY CROWN * Carolyn Brown
Monica Allen still hasn’t forgiven Tyler Magee for breaking her heart when they were teenagers. Ten years on, they’re back in Luella, Texas, visiting their respective grandmothers. and there’s just a white picket fence and a whole lot of awkwardness between them. Will two weeks be long enough for Monica to learn to stop holding a grudge—and hold on to love?

Fern Michaels is the USA Today and New York Times bestselling author of the Sisterhood, Lost and Found, Men of the Sisterhood, the Godmothers series, and dozens of other novels and novellas. There are over ninety-five million copies of her books in print. Fern Michaels has built and funded several large day-care centers in her hometown, and is a passionate animal lover who has outfitted police dogs across the country with special bulletproof vests. She shares her home in South Carolina with her four dogs and a resident ghost named Mary Margaret. Visit her Website at FernMichaels.com.

Lori Foster is a New York Times, USA Today and Publishers Weekly bestselling author and a dominant force in the arena of
sexy contemporary romance whose books have sold over 10 million copies. Visit her online at LoriFoster.com.

Carolyn Brown is an award‑winning New York Times, USA Today, Publishers Weekly, and Wall Street Journal bestselling
author with more than one hundred published books to her name and over 4 million copies sold. With a career spanning more
than two decades and her books translated into nineteen foreign languages, she's known for writing heartwarming women's fiction, contemporary cowboy, and country music romances. She's a recipient of the Bookseller's Best Award, the prestigious Montlake Diamond Award, a three‑time recipient of the National Reader's Choice Award, and a RITA Award finalist. Born in Texas and raised in Oklahoma, she and her husband live in the small town of Davis, Oklahoma, where everyone knows everyone else, including what they are doing and when‑and they read the local newspaper on Wednesdays to see who got caught. They have three grown children and enough grandchildren and great‑grandchildren to keep them young. For more information, visit CarolynBrownBooks.com