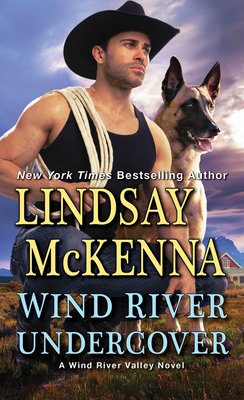 The new novel from the bestselling author of Wind River Protector.

For native Guatemalan Anna Navaro, nothing is more satisfying than capturing drug traffickers for the  U.S. DEA. Her career has always been her focus, but just as she’s beginning to yearn for something more, she’s given a brand-new assignment with DEA agent Gabe Whitcomb. In his well-worn Stetson and boots, he’s part cowboy and part law enforcement, a combination Anna finds irresistibly sexy. But desire has no place on a job as dangerous as this one, because the drug lord they’re after is the violent fugitive who killed her father . . .

Gabe’s worked some treacherous assignments in the past, but this one raises every alarm—and not just because his partner is a gorgeous woman with the grace of a cat and a sniper’s deadly aim.  He and Anna are being sent to the Wind River Valley where he grew up—and where his adoptive parents still own a ranch just eighty miles from the Elson family, who have been recruited into the ruthless Gonzalez cartel.  Posing as new ranch-owners and ingratiating themselves with the Elsons to uncover evidence, Anna and Gabe can only fight the heat flaring between them until they realize that building a life together, here in Wind River, is worth risking everything for . . .

New York Times and USA Today bestselling author Lindsay McKenna is the pseudonym of award-winning author Eileen Nauman. With more than 185 titles to her credit and approximately 23 million books sold in 33 countries worldwide, Lindsay is one of the most distinguished authors in the women's fiction genre. She is the recipient of many awards, including six RT Book Reviews awards (including best military romance author) and an RT Book Reviews Career Achievement Award. In 1999, foreseeing the emergence of ebooks, she became the first bestselling women's fiction author to exclusively release a new title digitally. In recognition of her status as one of the originators of the military adventure/romance genre, Lindsay is affectionately known as “The Top Gun of Women's Military Fiction.” Lindsay comes by her military knowledge and interest honestly—by continuing a family tradition of serving in the U.S. Navy. Her father, who served on a destroyer in the Pacific theater during World War II, instilled a strong sense of patriotism and duty in his daughter. Visit Lindsay at www.lindsaymckenna.com.
or
Pre-Order Now
Copyright © 2020 American Booksellers Association