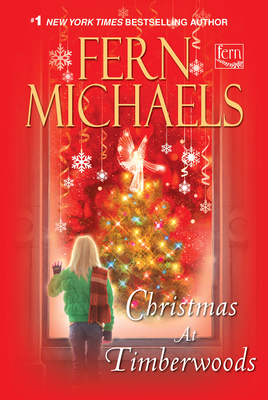 It’s the most wonderful time of the year . . . and for Heather Andrews, security manager at Timberwoods Mall, undoubtedly the busiest. But this Christmas, Heather has more to contend with than frazzled parents and disgruntled Santas. Angela Steinhart, a young woman who designed the mall’s spectacular holiday displays, has had a premonition that tragedy will strike on Christmas Eve. And Angela’s visions have a habit of coming true.

Heather would love to dismiss the warning as holiday stress. But the more she gets to know the quiet, lonely Angela, the more she trusts her. In Lex, her boss, Heather finds an ally—and the glimmer of something more profound. And as the days count down, it will take all of her wits, hope, and unflagging courage to stop someone from destroying the season in one split second . . .

“Michaels . . . knows what readers want and gives them more than they ask for.”
—RT Book Reviews on Wishes for Christmas

FERN MICHAELS is the USA Today and New York Times bestselling author of the Sisterhood, Men of the Sisterhood, and Godmothers series, as well as dozens of other novels and novellas. There are over one-hundred ten million copies of her books in print. Fern Michaels has built and funded several large day-care centers in her hometown, and is a passionate animal lover who has outfitted police dogs across the country with special bulletproof vests. She shares her home in South Carolina with her four dogs and a resident ghost named Mary Margaret. Visit her website at www.fernmichaels.com.
Loading...
or support indie stores by buying on