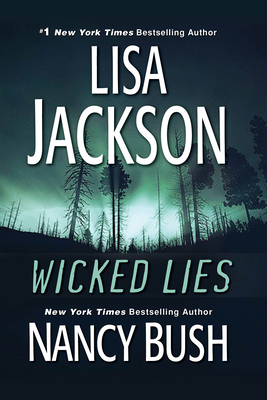 From the bestselling Sisters of Suspense, the second installment in their New York Times and USA Today bestselling series featuring a cult-like group of women with psychic abilities - reissued for the first time since its original release a decade ago!

In the Oregon coastal hamlet of Deception Bay stands a mysterious lodge. Some call it the Colony; others whisper that it's a cult. To the women who live there, it's a refuge. But a when a crazed killer bent on his own brand of Justice sets his sights on them, there's no place safe to hide...

For two years, Justice Turnbull has paced his room at Halo Valley Security Hospital, planning to escape. Justice has a mission-one that began with a vicious murder two decades ago. And there are so many others who must be sent back to the hell that spawned them...

Laura Adderley didn't plan to get pregnant by her soon-to-be ex-husband, though she'll do anything to protect her baby. But now reporter Harrison Frost is asking questions about the mysterious group of women who live at Siren Song lodge. Harrison hasn't figured out Laura's connection to the story yet. But Justice knows. And he is coming...

All her life, Laura has been able to sense approaching evil. But that won't stop a psychopath bent on destroying her. Justice has been unleashed, and this time, there will be no place safe to hide...