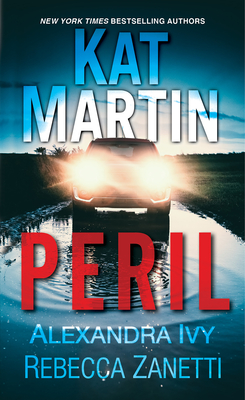 When a cop killer resurfaces in Denver, enlisting the help of a pair of local lowlifes, it marks the beginning of a violent crime spree that will wreak havoc and endanger lives. Law enforcement is on alert from the first sighting of the cold-blooded trio. To take down this brutal gang, only those willing to risk everything they hold dear stand a chance . . .

First, a pair of Denver police officers facing each other for the first time after one night of abandon find themselves working together to stop an ambitious bank heist. In Wyoming, a string of robberies marks the gang’s arrival, and the local sheriff springs into action when the criminals discover his estranged fiancée can identify them. Finally, in the mountains of Colorado, the gang takes shelter on a peaceful guest ranch, where a fiercely protective rancher is hellbent on roping the fugitives up for good.

Trusting their sharply honed instincts, three rugged men will fight to stop the rampage before the women they’d die for become the next victims . . .

“Remarkable tonal consistency and interlocking elements ensure that these twisty, sizzling love stories flow seamlessly together. Readers won’t want to put this one down.” —Publishers Weekly

“Three of the biggest names in romantic suspense have a really cool book out …These women are smart, empowered and strong, and reliant on no man to save the day…this is a format I’d like to see again.” —Frolic

“PIVOT is one of those books that is almost impossible to put down once you start. Readers will be cheering these fierce women on as they fight for their lives, justice, and love.” —Fresh Fiction

“Three titans of romantic suspense pairing up to create an anthology of all new novellas? I was over the moon excited for this book!” —Romance Reader

Kat Martin is the New York Times bestselling author of more than sixty books across multiple genres. Sixteen million copies are  in print and she has been published in twenty one foreign countries, including Japan, France, Argentina, Greece, China, and  Spain. Her books have been nominated for the prestigious RITA award and won both the Lifetime Achievement and Reviewer’s Choice Awards from RT Book Reviews. She and her husband, the author L.J. Martin, live in Montana and spend their winters in  Ventura, California. Visit her online at KatMartin.com.

Rebecca Zanetti is the New York Times and USA Today bestselling author of over fifty romantic suspense, dark paranormal, and contemporary romances, many of which have also appeared on the Amazon, Barnes and Noble, and iBooks bestseller lists. She is a two-time RT Reviewers Choice Award-winner, the recipient of the RWA Daphne du Maurier Award, a ﬁve-time Daphne du Maurier Award-ﬁnalist, a PRISM Award-winner, and a two-time PRISM Award-ﬁnalist. Nearly a dozen of her novels have been selected as Amazon Best Romances of the Month, including Lethal Lies, Mercury Striking and Fallen, which were also Amazon Best Books of the Year. Zanetti has worked as an art curator, Senate aide, lawyer, college professor, and a hearing examiner—only to culminate it all in stories about alpha males and the women who claim them. Please visit her online at RebeccaZanetti.com.