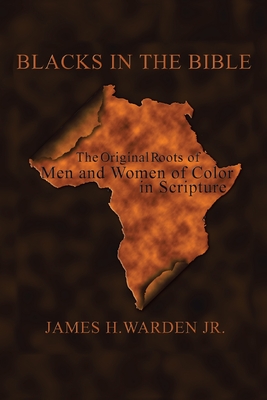 Blacks in the Bible

Volume I: the Original Roots of Men and Women of Color in Scripture

James Warden is a graduate of Mid-American Nazarene University and attend Dallas Theological Seminary. He worked six years as a Christian radio announcer in Kansas City, where he founded Have You Heard the Good News Radio Ministry. He was ordained as a minister in 1992 by pastors Don and Velma Aston of Overland Park, Kansas. He is married and has authored several books outside of the Blacks in the Bible series. He offers seminars regarding Eternal Security, Bible Prophecy, and Types and Shadows in Scripture, and Biblical Black History. He resides in Texas. Contact him at james.wardenjr@att.net with the subject title as "Blacks in the Bible" or it will be discarded as spam. For more information WWW. BLACKS IN THE BIBLE. NET or WWW.BlacksInTheBible.Org.
Loading...
or support indie stores by buying on