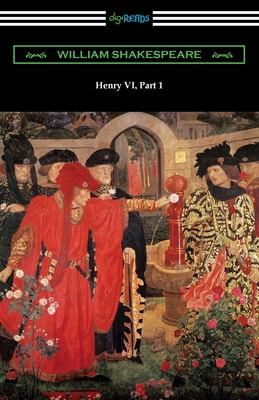 The first play of Shakespeare's "War of the Roses Tetralogy", which includes "Henry VI, Part 2", "Henry VI, Part 3", and "Richard III", "Henry VI, Part 1" is set during the lifetime of King Henry VI and deals with the loss of England's French territories and the political events that lead to the War of the Roses. The play was written sometime before 1591 and is among some of the Bard's earliest works. "Henry VI, Part 1" was published in the "First Folio" in 1623 and some scholars believe it was written in collaboration with Christopher Marlowe and Thomas Nashe. This play begins just after the death of Henry V, when England is embroiled in a war with France. Across the English Channel, Sir John Talbot battles Joan of Arc, or "La Pucelle", while the jealousy and petty squabbles that lead to the War of the Roses begins in England. Full of political and military machinations, "Henry VI, Part 1" provides a solid introduction to the king's reign and is an important addition to Shakespeare's historical plays concerning this significant and dramatic chapter of English history. This edition is printed on premium acid-free paper, includes annotations by Henry N. Hudson, and an introduction by Charles Harold Herford.