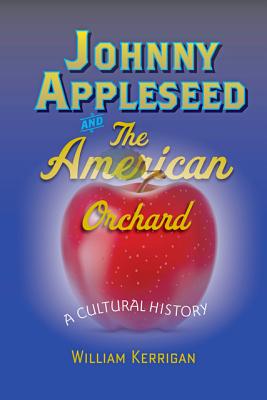 Johnny Appleseed and the American Orchard

A fresh look at American icon Johnny "Appleseed" Chapman and the story of the apple.

Johnny Appleseed and the American Orchard illuminates the meaning of Johnny Appleseed Chapman's life and the environmental and cultural significance of the plant he propagated. Creating a startling new portrait of the eccentric apple tree planter, William Kerrigan carefully dissects the oral tradition of the Appleseed myth and draws upon material from archives and local historical societies across New England and the Midwest.

The character of Johnny Appleseed stands apart from other frontier heroes like Davy Crockett and Daniel Boone, who employed violence against Native Americans and nature to remake the West. His apple trees, nonetheless, were a central part of the agro-ecological revolution at the heart of that transformation. Yet men like Chapman, who planted trees from seed rather than grafting, ultimately came under assault from agricultural reformers who promoted commercial fruit stock and were determined to extend national markets into the West. Over the course of his life John Chapman was transformed from a colporteur of a new ecological world to a curious relic of a pre-market one.

Weaving together the stories of the Old World apple in America and the life and myth of John Chapman, Johnny Appleseed and the American Orchard casts new light on both.