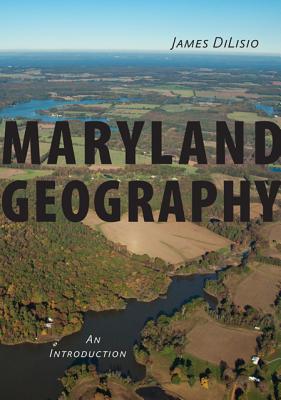 When he first laid eyes on the countryside around Chesapeake Bay in 1608, records reveal, Captain John Smith exclaimed, "Heaven and earth seemed never to have agreed better to frame a place for man's habitation." In Maryland Geography, James DiLisio--another admirer of the Free State--pays tribute to Maryland's rich cultural, historical, and geographical heritage. This up-to-date, in-depth account interprets the contemporary environmental conditions of the "Marylandscape" by emphasizing its evolving political and socioeconomic contours.

This closely researched volume, which is loaded with instructive charts and maps, is the result of DiLisio's lifelong fascination with the geography of his adopted state and his thirty-five years teaching Maryland geography at Towson University. Arguing that regional geography is a product of both natural and human events, Maryland Geography provides an account of the vital geographical stage that the people of Maryland have created.

DiLisio touches on Maryland's pre-European American Indian heritage, post-colonial agriculture, and shifting industrial geography, as well as the degradation of the Chesapeake Bay and the rise of the modern economy. He considers the emergence of the isolated Eastern Shore; the rural tobacco land of southern Maryland; the rugged mining area of western Maryland; the prosperous, mixed farming area of the Piedmont; and the metropolitan Baltimore-Washington corridor. More than descriptive, the book examines major trends in the state--natural, economic, and demographic--in a way that prompts thinking about the consequences of growth and unbridled development. Aimed at college-level geography students, the book will also be of great interest to general readers, historians, politicians, and anyone involved in making policies relating to Maryland places.

James E. DiLisio is former vice provost of Towson University. He is author of Maryland: A Geography.
or
Not Currently Available for Direct Purchase