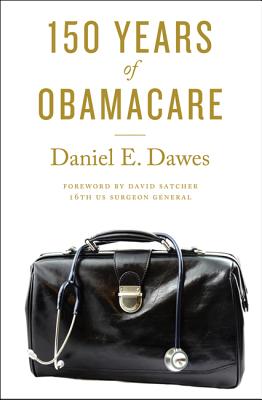 Go behind the curtain of the creation and implementation of the Affordable Care Act.

In this groundbreaking book, health-care attorney Daniel E. Dawes explores the secret backstory of the Affordable Care Act, shedding light on the creation and implementation of the greatest and most sweeping equalizer in the history of American health care. An eye-opening and authoritative narrative written from an insider's perspective, 150 Years of ObamaCare debunks contemporary understandings of health reform. It also provides a comprehensive and unprecedented review of the health equity movement and the little-known leadership efforts that were crucial to passing public policies and laws reforming mental health, minority health, and universal health.

An instrumental player in a large coalition of organizations that helped shape ObamaCare, Dawes tells the story of the Affordable Care Act with urgency and intimate detail. He reveals what went on behind the scenes by including copies of letters and e-mails written by the people and groups who worked to craft and pass the law. Dawes explains the law through a health equity lens, focusing on what it is meant to do and how it affects various groups. Ultimately, he argues that ObamaCare is much more comprehensive in the context of previous reform efforts than is typically understood.

In an increasingly polarized political environment, health reform has been caught in the cross fire of the partisan struggle, making it difficult to separate fact from fiction. Offering unparalleled and complete insight into the efforts by the Obama administration, Congress, and external stakeholders, 150 Years of ObamaCare illuminates one of the most challenging legislative feats in the history of the United States.

Attorney Daniel E. Dawes is a senior advisor on health policy to the Satcher Health Leadership Institute at Morehouse School of Medicine and an associate professor of complex health systems at Nova Southeastern University. The cofounder of the Health Equity Leadership and Exchange Network (HELEN), he is a nationally recognized leader in the health equity movement who has been at the forefront of major federal health policy negotiations in the United States.
Loading...
or
Not Currently Available for Direct Purchase