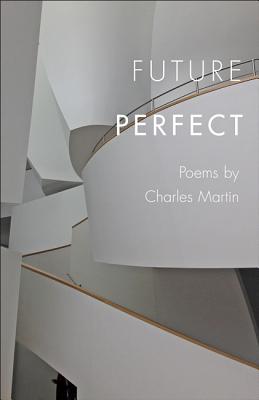 The latest dazzling collection of poems from Charles Martin, a modern poet working within the possibilities of traditional measures.

To be modern is to live not in a single era, but in a churn of new technologies, deep history, myth, literary traditions, and contemporary cultural memes. In Future Perfect, Charles Martin's darkly comic new collection, the poet explores our time and the times that come before and after, which we inhabit and cultivate in memory and imagination. Through poems that play with form and challenge expectation, Martin examines the continuities that persist from time immemorial to the future perfect.

Sensitive to the traces left behind by the lives of his characters, Martin follows their tracks, reflections, echoes, and shadows. In "From Certain Footprints Found at Laetoli," an ancient impression preserved in volcanic ash conjures up a family scene three million years past. In "The Last Resort of Mr. Kees" and "Mr. Kees Goes to a Party," Martin adopts the persona of the vanished poet Weldon Kees to reimagine his disappearance. "Letter from Komarovo, 1962" retells the tense real-life meeting between Anna Akhmatova and Robert Frost a year before their nations almost destroyed one another. And in the titular sonnet sequence that ends the book, Martin conjures a childhood in the Bronx under the shadow of the mushroom cloud of nuclear war as the perfected future supplanting the present.

Charles Martin is the author of six books of poetry, most recently Signs & Wonders. His verse translation of Ovid's Metamorphoses received the 2004 Harold Morton Landon Award from the Academy of American Poets.
Loading...
or
Not Currently Available for Direct Purchase