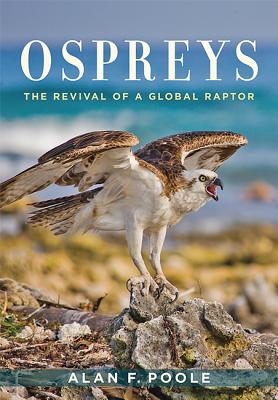 The Revival of a Global Raptor

Ospreys are one of the few bird species that are found throughout the world. From forests in Hokkaido to rivers in Oregon and islands off Australia, Ospreys steal the show as nature lovers easily watch them build their massive nests and tend to their young. The fact that the Osprey is one of the few large birds that can hover adds to its mystique, and to watch it plunge into the water, emerging with a fish clutched in its talons, is truly a sight one will remember.

As widespread as Ospreys are, not long ago they were under threat of extinction. During the 1950s and '60s, scientists tied the decline of Osprey populations to the heavy use of DDT and other human pollutants. In the 1980s, Ospreys began a slow recovery due to the efforts of conservationists and through the resilience of the adaptable raptors themselves. Today they are again considered common in most parts of the world, although some populations remain threatened.

In this gorgeously illustrated book, Alan F. Poole, one of America's premier Osprey experts, has written a lyrical expos of these majestic creatures, describing their daily habits and exploring their relationship with the environment. Ospreys celebrates the species' miraculous recovery from contaminants and hunters, chronicles their spectacular long-distance migrations, and unveils their vital role in bringing life to coastal habitats. Few other birds have such a hold on the human imagination. This book shows us why.

Alan F. Poole, an associate at the Cornell Lab of Ornithology, is the former editor of the Birds of North America life history series. He has been studying New England Ospreys for over 35 years.
Loading...
or support indie stores by buying on