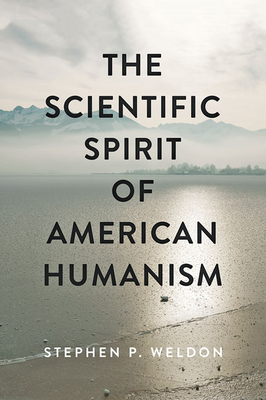 The story of how prominent liberal intellectuals reshaped American religious and secular institutions to promote a more democratic, science-centered society.

Recent polls show that a quarter of Americans claim to have no religious affiliation, identifying instead as atheists, agnostics, or nothing in particular. A century ago, a small group of American intellectuals who dubbed themselves humanists tread this same path, turning to science as a major source of spiritual sustenance. In The Scientific Spirit of American Humanism, Stephen P. Weldon tells the fascinating story of this group as it developed over the twentieth century, following the fortunes of a few generations of radical ministers, academic philosophers, and prominent scientists who sought to replace traditional religion with a modern, liberal, scientific outlook.

Weldon explores humanism through the networks of friendships and institutional relationships that underlay it, from philosophers preaching in synagogues and ministers editing articles of Nobel laureates to magicians invoking the scientific method. Examining the development of an increasingly antagonistic engagement between religious conservatives and the secular culture of the academy, Weldon explains how this conflict has shaped the discussion of science and religion in American culture. He also uncovers a less known--but equally influential--story about the conflict within humanism itself between two very different visions of science: an aspirational, democratic outlook held by the followers of John Dewey on the one hand, and a skeptical, combative view influenced by logical positivism on the other.

Putting America's distinctive science talk into historical perspective, Weldon shows how events such as the Pugwash movement for nuclear disarmament, the ongoing evolution controversies, the debunking of pseudo-science, and the selection of scientists and popularizers like Carl Sagan and Isaac Asimov as humanist figureheads all fit a distinctly American ethos. Weldon maintains that this secular ethos gained much of its influence by tapping into the idealism found in the American radical religious tradition that includes the deism of Thomas Paine, nineteenth-century rationalism and free thought, Protestant modernism, and most important, Unitarianism. Drawing on archival research, interviews, and a thorough study of the main humanist publications, The Scientific Spirit of American Humanism reveals a new level of detail about the personal and institutional forces that have shaped major trends in American secular culture. Significantly, the book shows why special attention to American liberal religiosity remains critical to a clear understanding of the scientific spirit in American culture.

Stephen P. Weldon is an associate professor of the history of science at the University of Oklahoma. He is the editor of the Isis Current Bibliography of the History of Science.
Loading...
or
Not Currently Available for Direct Purchase