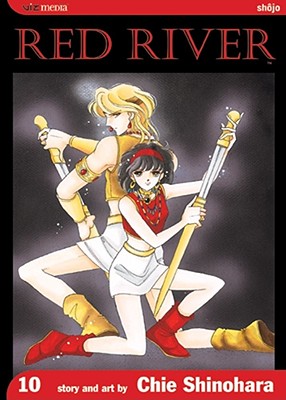 Yuri, a teen of the 21st century, has been transported to ancient Anatolia as part of a scheme by the evil Nakia, Queen of the Hittites. Only the intervention of Nakia's stepson, Prince Kail, saved Yuri from the Queen's bloodthirsty intentions. As an unintended consequence, the people of the kingdoms of Anatolia have embraced Yuri as the incarnation of the great war-goddess Ishtar. Queen Nakia schemes to frame Yuri for the king's murder, expecting that the Senate will order her execution. Her plan seems to be foiled when Nakia's own son comes forth to claim that Yuri cannot be the assassin In a last desperate attempt to do away with Yuri, Nakia uses her dark magic to take control of the situation. The Senate seems poised to do the queen's dirty work, but as usual, Kail has other plans...