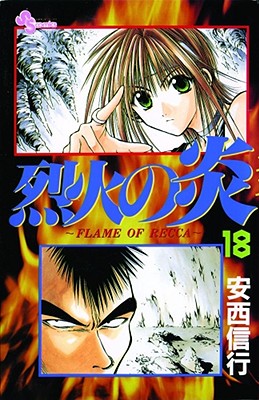 Armed with the power to control flame, Recca Hanabishi finds himself in an awkward situation when a mysterious older woman pops into his life one day. Is she good? Is she evil? What exactly does she want with the young ninja firecracker? Becoming a ninja is just a childhood dream for16-year-old Recca, until a fateful encounter reveals he has inherited ninja powers, including the ability to wield fire As Recca learns to master the ancient ways of his ancestors, he is drawn to protect a mysterious girl named Yanagi... Recca and crew are deep in a spooky cave seeking out a dangerous weapon known as Tendo Jigoku, which in the wrong hands will spell disaster for the world. But it's a race against time as their nemesis--the bloodthirsty madman Mori--is seeking it as well. After getting lost in the cave, the group decides to split up. Things take a turn for the worse when Domon and Fuko find themselves in a fight to the death with two warriors who easily defeated them both once before. Can they muster up enough tough stuff to out-rough these ruffians?