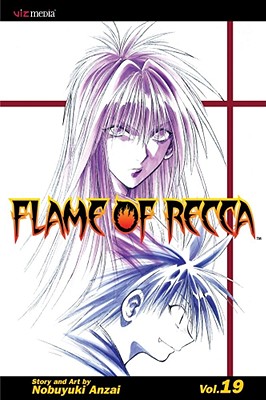 Armed with the power to control flame, Recca Hanabishi finds himself in an awkward situation when a mysterious older woman pops into his life one day. Is she good? Is she evil? What exactly does she want with the young ninja firecracker? Becoming a ninja is just a childhood dream for16-year-old Recca, until a fateful encounter reveals he has inherited ninja powers, including the ability to wield fire As Recca learns to master the ancient ways of his ancestors, he is drawn to protect a mysterious girl named Yanagi... Split up in an underground cave, Recca and crew square off against deadly opponents Kaoru battles a warrior with mechanical arms that can bend, extend and twist in a number of deadly ways. The cool-headed Tokiya fights menacing Mokuren, who's part wood, part man and totally diabolical. And Recca must face a foe that forces him to choose who among his closest allies will live Plus Fuko fights a creepy creep that has a fetish for dolls--Fuko dolls that is.