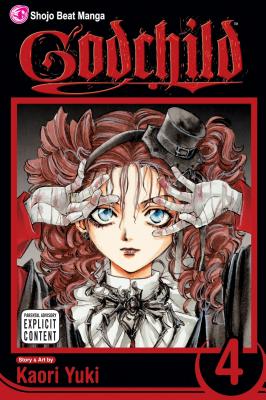 Missing boys and a strange little girl who shouldn't exist usher us into the fourth volume of Godchild, where we learn more about Dr. Disraeli and his complicated connection to Cain's father and the secret society of DELILAH.

Kaori Yuki was born in Tokyo and started drawing at a very early age. Following her debut work, Natsufuku no Erie (Ellie in Summer Clothes), in the Japanese magazine Bessatsu Hana to Yume, she wrote a compelling series of short stories: Zankoku na Douwatachi (Cruel Fairy Tales), Neji (Screw), and Sareki Ôkoku (Gravel Kingdom).
Loading...
or support indie stores by buying on
(This book is on backorder)