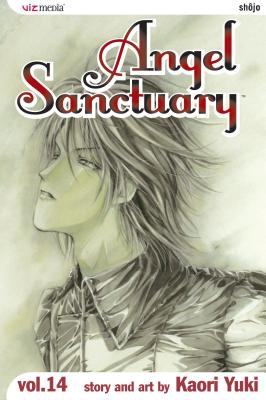 Setsuna and his team have broken into prison to rescue their ally Zaphikel. But they are shocked to find out that they're too late--Zaphikel's wings have already been cut off. Without their protection, he is infected with disease, and is on his way to becoming a flesh-devouring ghoul.

Meanwhile, the evil angel Rosiel chairs a meeting of the leaders of heaven. He announces that he is one step ahead of Setsuna and the rebels, as he knows where they plan to escape to after the prison break. So when Setsuna's team arrives at their destination, they'll find a rather nasty surprise waiting for them!