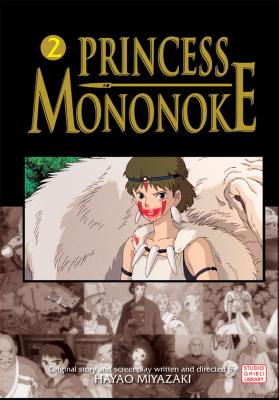 From behind the walls of an iron-mining town called Tatara, Lady Eboshi is determined to rid all obstacles to development. Much to her aggravation, however, there's one person who has vowed to stop her: the princess of beasts and ancient gods--Princess Mononoke!!