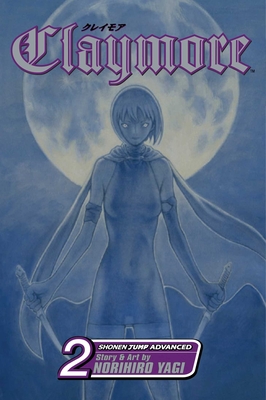 Claire and the orphan Raki travel to the town of Rabona, where a Yoma has been stalking the priests inside the cathedral. The creature could be one of the guards, or even a priest, but this time Claire won't be able to sense its aura. Does she stand a chance against the stealthy Yoma?

Norihiro Yagi won the 32nd Akatsuka Award for his debut work, UNDEADMAN, which appeared in Monthly Shonen Jump magazine. His first serialized manga was his comedy Angel Densetsu (Angel Legend), which appeared in Monthly Shonen Jump from 1993 to 2000. His epic saga, Claymore, ran from 2001 to 2014 and was adapted into a television anime series and a video game.
Loading...
or support indie stores by buying on