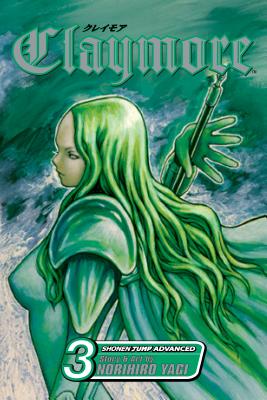 Clare's first battle with the Yoma of Rabona has left her body drained and shattered. With no time to recover, she must face the creature again after it chooses Raki as its next victim. Luckily, Raki remembers that he is carrying Clare's trusted broadsword and manages to get it into her hands. But unlike Clare, the Yoma is fighting at full strength and thirsting for blood...

Norihiro Yagi won the 32nd Akatsuka Award for his debut work, UNDEADMAN, which appeared in Monthly Shonen Jump magazine. His first serialized manga was his comedy Angel Densetsu (Angel Legend), which appeared in Monthly Shonen Jump from 1993 to 2000. His epic saga, Claymore, ran from 2001 to 2014 and was adapted into a television anime series and a video game.
or support indie stores by buying on