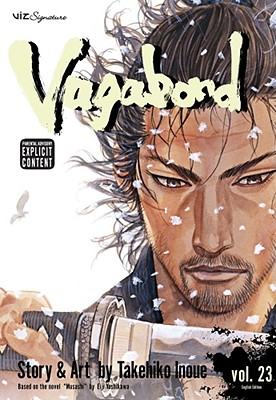 In Tokunaga-era Japan, a new government has just taken power and the land is disarray. Amidst the turmoil, a young man sets out on a journey seeking spriritual enlightement by way of the soword, prepared to slay anyone who gets in his way. Adapted from the fictionalizad biography Musashi by Eiji Yoshikawa, this graphic novel depicts the life and times of real-life sword saint Miyamoto Musahi(1584-1645)

Takehiko Inoue was born in Kagoshima prefecture in 1967. His first major success -- the hugely popular 31-volume long basketball manga SLAM DUNK -- sold over 100 million copies worldwide and catapulted him into the top ranks of Japanese manga artists. Besides manga, Inoue also worked on character design for the Playstation basketball game ONE ON ONE.
Loading...
or support indie stores by buying on