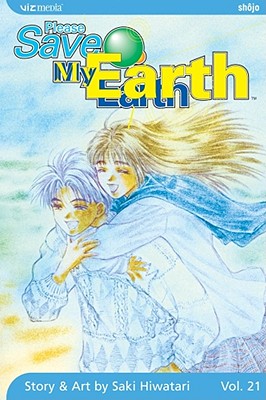 Are the woes of the present meant to be endured for the promise of a better future or to atone for past wrongs? In a captivating epic of love, fate and faith, seven young people must struggle with this spiritual puzzle as their alien past lives threaten the future. Final Volume Eight-year-old Rin is still tormented by his past life. As Shion, an engineer stationed on Earth's moon, he spent nine years alone after his home planet was annihilated and a deadly virus took the lives of his fellow scientists. Now, in the conclusion to the Please Save My Earth series, his plot to destroy the moon base--and all traces of his past life--reaches its d nouement. Alice begs Rin not to let his past life as Shion rule his future--and even threatens to jump off Tokyo Tower if Rin chooses to pursue his plot of eventually controlling the world...

Hiwatari started her career in 1982 when she was nineteen years old by sending in a manga story to the popular shojo manga anthology, Hana to Yume. Entitled MAHOU TSUKAI WA SHITTEIRU (I Know A Magician), the story granted her access to a career as a manga artist. Following its success, Hiwatari got her big break with PLEASE SAVE MY EARTH.
Loading...
or support indie stores by buying on