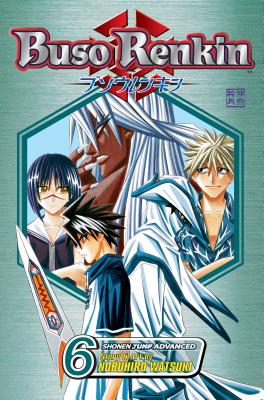 Upon arriving at the hidden headquarters of the League of Extraordinary Elects (the L.X.E.), the Alchemist Warriors learn of the League's plot to attack the high school. Kazuki and Tokiko immediately head over there, only to discover that the school has been surrounded by Doctor Butterfly's newly created humanoid homunculus soldiers. To the Alchemist Warriors' surprise and dismay, they find that not only are they facing Doctor Butterfly's minions, but the students of the school as well!

Born on May 26, 1970. Born in Tokyo and grew up in Nigata. Graduated from Nigata Prefectual Nagaoka High School. His blood type is A. He won an honorable mention prize in the Weekly Shonen Jump. "New Manga Hop Step Award" with the work Podomakku. Later, while he worked as an assistant, he presented works such as Sengoku No Mikazuki. (Crescent Moon in the Warring States) and Rurouni-Meiji Kenkaku Romantan (Meiji Swordsman Romance Story). The serialization of Rurouni Kenshin started in 1994 and concluded in 1999. His hobbies are to draw, read, play video games, read American comic books, and make model figures.
or
Buy Here
Copyright © 2020 American Booksellers Association