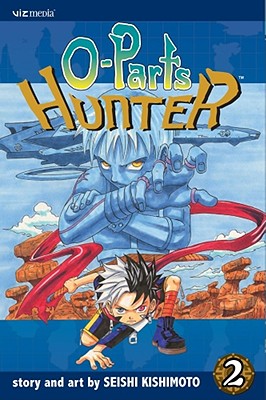 Ruby's dream: to become a famous treasure hunter. Jio's dream: to rule the world In a not too distant future, mankind battles over O-Parts, powerful relics from an ancient civilization. Jio is a young boy with a tragic past who only trusts one thing in the world: money. Little does he suspect that he is also a very powerful O-Parts Tactician (O.P.T.), and inside him sleeps a demon of incredible ferocity. With his partner, Ruby, Jio embarks on a dangerous quest to acquire as many O-Parts as he can. The government of Stea is on the hunt for a pair of rogue O-Parts users. Armed with a high-class piece of weaponry, this devious pair of lawbreaking brothers is ready to hit Stea's special squad with everything they have. Will an even more powerful O.P.T. be able to stop their violence? Later, Jio's past comes into focus when more is revealed about the origin of his unique O-Part and the identity of his master: a powerful wolf named Zero.