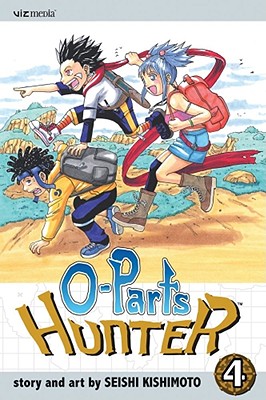 Ruby's dream: to become a famous treasure hunter. Jio's dream: to rule the world In a not too distant future, mankind battles over O-Parts, powerful relics from an ancient civilization. Jio is a young boy with a tragic past who only trusts one thing in the world: money. Little does he suspect that he is also a very powerful O-Parts Tactician (O.P.T.), and inside him sleeps a demon of incredible ferocity. With his partner, Ruby, Jio embarks on a dangerous quest to acquire as many O-Parts as he can. His prized O-Part now busted in two, Jio and Ball strike out to locate the only man who can help them: the mysterious and reclusive O-Parts appraiser Kirin. But when they arrive at Kirin's abode, a cotton candy-like canine greets them instead. Is Kirin, a being so feared for his strength that even the Stea government won't bother him, in fact just a puffy pooch? And will Jio and Ruby everbe reunited?