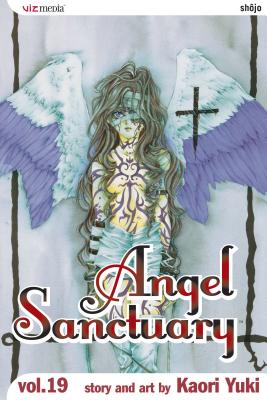 The war of angels against demons reaches its climax, as all the players converge on the Tower of Etenamenki, where lies the Tablet of Heaven--the key to unlimited power. Having fought their way through the Gate, Setsuna and his crew find that Lucifer and High Angel Rosiel are already inside. Meanwhile, Sara, possessed by Angel of the Apocalypse Sandalphon, has made her own way to the Tower. Rosiel plans to use the tablet to control the universe. Sandalphon wants the power to unleash the Apocalypse, while Setsuna wants to repair and restart the human world. Who will reach the Tablet first--those who want to destroy the world, or those who want to save it?